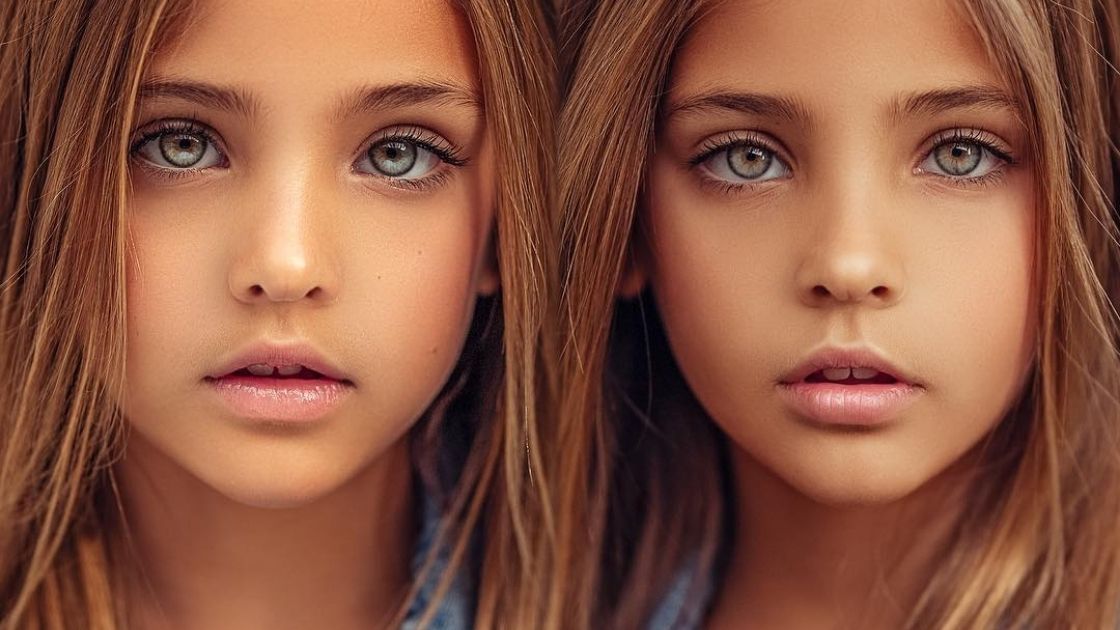 Identical sisters Ava Marie and Leah Rose Clements are known as “the most beautiful twins in the world”.

These girls have taken the fashion and modelling industry by storm, starting their professional careers at just seven years old. In just four years, they’ve amassed over 1.8 million Instagram followers and have been featured all over the web.

In this post, we’ll take a look at a look into the cute history of the world’s prettiest twins and what they are up to now.

The parents behind the prettiest twins in the world

Meet Jaqi and Kevin, the gorgeous mother and handsome father behind the Clements Twins.

Jaqi and Kevin Clements have been married since 2003. The highly attractive couple gave birth to their first child, Chase, back in 2008. That would be the start of a beautiful family, but little did they know how just how beautiful it would become.

Two years after the birth of their son, Jaqi and Kevin welcomed their identical twins Ava and Leah into the world. The happy parents were so thrilled with the completion of their blessed family they had no idea what would happen next.

As soon as the two girls were born, compliments from family and friends instantly started to pour in. But, it was the many requests from strangers that led Jaqi to sign her twins up to a modelling agency at the young age of 6 months.

The two beauties became instant viral stars, named the “world’s most beautiful twins”. However, their concerned mother, Jaqi, realised the twins might not be ready for this level of fame at such a young age; and quickly removed the girls from the modelling agency.

Here the young Clements Twins are missing a few teeth, but still, the cutest pair of twins ever seen.

A wise mother who understood that the world could be harsh decided it was best to allow “the most beautiful twins in the world” to grow up without the pressure of camera and social media comments.

The twins lived a relatively everyday life from then on, but on their 7th birthday, things would change for the girl forever.

An older, now more confident Ava and Leah, along with seven being a lucky number, caught the attention of mother Jaqi, who saw this as a good sign. She felt the twins were now ready to embark on their inevitable modelling careers.

The girls enjoyed taking photos and loved the spotlight, but two born naturals still had a lot to learn about modelling. That’s when Jaqi had the genuis idea to launch an Instagram page for the twins. That way, Ava and Leah could practice their craft and modelling agencies could notice their talent.

The Instagram page was an instant success; its viral appeal helped the twins rapidly gain thousands of new followers each month.

How old are the Clements Twins now?

Where are Ava and Leah today?

These days, the identical twins are occupied with their careers as models, social media influencers and young actresses.

They have recently been busy designing their clothing and beauty accessory collections. Their collabs have been spotted on PYT Beauty and in department stores Bloomingdales, Nordstrom, and Macy’s.

They also have a Youtube channel, where you can catch Ava and Leah on everyday adventures with the rest of the Clements family.

Despite Ava and Leah being one of the most famous duos in the world, they’re still very young and lead a relatively normal life, including going to school, hanging out with friends, and spending quality time with Mom, Dad, and brother Chase.

It appears the Clements Twins have a fantastic upbringing with caring parents; who both manage and carefully monitor the girls’ careers.

These days Ava and Leah are often seen modelling alongside mother Jaqi, who has recently become a celebrity in her own right, for the undeniable resemblance of her beautiful twins.

Many fans are saying she looks more like their sister than a mother.

IDENTICAL TWINS OR FRATERNAL?
Ava and Leah don’t think they look the same!
The twins took a DNA test to settle the debate. It turns out they’re identical after all.

WHAT DO YOU WANT TO BE WHEN YOU’RE OLDER?
Ava wants to be a doctor; Leah wants to take care of animals.

More beautiful twins from around the world

Want more? Luckily for you, we set ourselves on a mission to find more beautiful twins. Here’s what we’ve discovered so far…

This adorable duo, known as the True Blue Twins, have become mini-celebrities with an Instagram account with almost 800 thousand followers.

Currently only 9 years old, Megan and Morgan live in Brooklyn, New York, US, with their mother, Steph.

Meet the Queensland, Australian born identical twins Renee and Elisha Herbert. These beautiful twins have built an Instagram fan base of over 3 million followers.

Renee and Elisha currently design swimwear made from recycled materials; for their online brand called Jumelle.

Do you know a beautiful duo who deserves to be featured? Let us know.