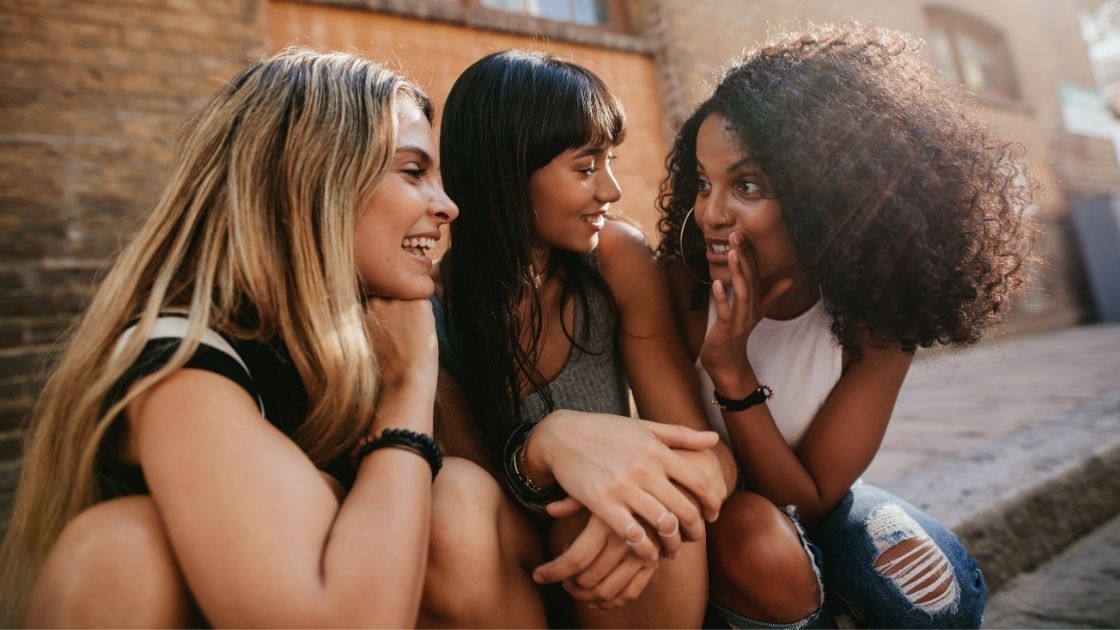 Every girl grows up knowing about the girl code, whether they respect it or not. Simply put, girl code rules are an unwritten handbook of rules meant to be followed by all females.

Rules were made to be broken, and because girl code rules are oriented towards emotional friendships and relationships, they aren’t always possible to follow. Emotions are not a straight and narrow street, and neither should the girl code be.

While dating a friend’s sibling might be a hurtful thing to do, you can’t choose who you fall in love with. The important thing is how you handle tough situations, ensuring transparency and clarity with your friends.

It’s common courtesy to prioritise your girlfriends over love interests. However, this barrier is getting more and more blurry, and the impracticality of every female following one set of dating rules might not be the best way to go.

This article will focus on girl code rules which are aimed more at respecting your girlfriend’s decisions while being honest about your own emotions and opinions. Everyone needs a truthful friend to tell you when you have spinach in your teeth, and this article is going to tell you how to be that friend.

1.Don’t judge a woman until you’ve met them

There’s nothing less attractive than a woman who talks smack about another woman, especially if they haven’t met in person before. Judging someone without knowing anything about their life or experiences is never right and will rarely make you feel better.

Humans often judge their surroundings far too quickly and don’t give others enough time to gather a fair and reasonable opinion. When you make negative statements about someone, it leaves little room for others to share their experience of that person and can have a truly negative impact on their life.

What is true for one might be false for another, and when faced with negative feelings about someone, it’s more important to be nice, neutral, and respectful until you know the whole truth.

Besides being petty on a superficial level, judging another woman can have some serious negative effects and can take on a form of discrimination. Once you form an opinion about someone, it’s difficult to separate opinion from reality.

Try to use words such as ‘I feel that she wasn’t sensitive enough’ as opposed to ‘she was so insensitive’. This way, you still get the same message across while leaving room for others to form their own opinions.

While this might be semantics to you, it could prevent the onset of mental illness and anxiety for the girl you’re talking about.

2.Tell your friends how they honestly look

Honesty really is the best policy when it comes to appearances for girls. However, there’s a fine line between being helpful and hurtful.

If your friend has something in her teeth or her dress is tucked into her underwear, you should definitely let her know. Most importantly, you should do so without others noticing, to not draw attention to her.

On the other hand, if your friend has put on weight or had a bad haircut, you might want to lay off the criticisms. If you think it’s in the best interest of their health to tell them, rather bring it up privately, in a kind and loving manner.

Let her know that you care about her and that you’re worried about her health, not her appearance. It can be refreshing to have a friend who tells you how it is in both the good and the bad times.

A good rule of thumb is to think about how you would like to be treated by a friend if you had lost too much weight or had spinach in your teeth.

3.Dont drop your friends for a new lover

Time and time again, girls are told to put friends before boyfriends. While this is optimal within the first few months of a new relationship, prioritising your girlfriends will become impractical as your romantic relationship develops.

After a couple of years of dating, the intimate relationship you share with your partner will no doubt outshine many of your friendships. In this sense, the girl code shouldn’t state that your friends are more important than your boyfriend, but rather emphasise the different types of relationships you have with your friends.

You might never have the life-partner bond with your best girlfriend, just as you won’t have that best friend bond with your lover. All relationships are different and deserve appropriate attention.

This being said, it’s always a good idea to keep your friends close when you are in a relationship, making time for them and supporting them when they need it. You never know when a relationship might not work out, and you will always want your friends there if it doesn’t.

Without a doubt, the most obvious girl code rule is to keep the secrets your girlfriends tell you. Gossiping and relaying one girl’s secret to another can only end in hurt and could easily cause the end of a friendship.

This being said, there are certain secrets you shouldn’t keep. If your friend is holding a secret that could harm them or anybody else, it shouldn’t be kept a secret.

For example, a friend who confides in you about a drug addiction might be angry with you for sharing their secret. However, if telling their secret gets them the help they need, they would benefit in the long-term.

These types of secrets can be life-changing and can even help save a friend’s life.

5.Rescue any girl who is getting unwanted attention

Every woman has had a man approach them at an inappropriate time, demanding their attention. The world is dominated by patriarchy and sexism, and sometimes you need to take it into your own hands to show men who are in control.

Even if you see someone hitting on a girl who you have never met, it’s easy to pick up on their body language and realise when their attention is unwanted.

Don’t be afraid to intervene and play the best friend of a girl you don’t know. Who knows, you could even make a friend out of it!

6.Be honest with your feelings

If you’re upset with a friend, be honest with them about your feelings. Suppressing your inner feelings is never a good idea and while you might be able to hide them at first, the truth always has a way of getting out.

Lying to a friend is a double-ended knife and while you might be keeping your true feelings from your girlfriend, you’ll also be lying to yourself by thinking that everything is ok.

Even worse, telling others about how you feel about a friend without telling your friend herself will always get back to them some way or another.

Americans are believed to tell an average of 11 lies per week. Lying less and telling the truth more is linked to overall improved relationships as well as mental and physical health. The truth will set you free and make you more healthy!

7.Always walk home together and don’t let anyone go off alone

The number one rule is that if you arrive together, you should leave together. Regardless of who you meet on your night out, you should never leave a friend to find their way home alone.

While this is a common courtesy towards the girlfriends you intended on spending the night with, it’s also an important safety measure.

Walking alone is dangerous for the simple reason that you are an easy target for robbers and criminals. Around 30% of females worldwide will experience some form of gender-based violence. For females especially, walking in groups of 3 or more people will reduce your chances of being approached by unwanted strangers.

Steps to stay safe when walking at night:

More often than not, females tend to blame a woman instead of their man. If your man has been unfaithful, it’s equally as much his fault as it is the girl he betrayed you with. In fact, there’s a good chance she never knew about your relationship, making your partner the only unfaithful one.

You should make sure you know the whole story before spreading rumors, as the situation might be more complex than it seems.

9.Dish out the compliments

There is no better friend than the one who makes you feel good about what you do, how you do it, and how you look doing it. You have the opportunity to boost the confidence of your friends, and even total strangers.

5 ways to make a girl smile:

10. Always tell if they are being cheated on

Perhaps the hardest thing for a woman to do for a friend is to tell them the harsh truth. If you suspect that your friend’s partner is being unfaithful, it is your girl code rule obligation to let them know.

It’s never easy telling a friend something they don’t want to hear, and it should be done in a private and sensitive way.

How to tell a friend that their boyfriend is cheating on them:

Girl code rules can be iffy, and by no means should you expect everything to be in perfect order if every female respected and followed the same rules.

Rules are there to be broken, and you should prioritise being respectful, truthful and caring to your friends.