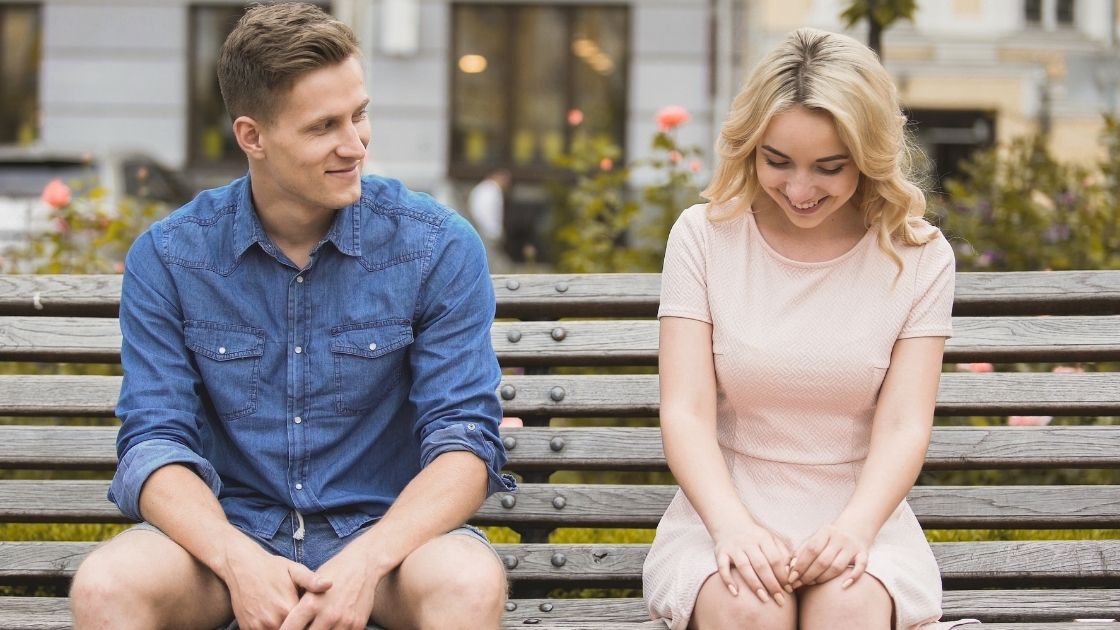 Women, do you have a male friend that you’re struggling to read the situation? Below are 10 subtle ways to tell if your male friend has feelings for you.

Many people believe that a friendship between a woman and a guy is too complex, because one will end up developing feelings for the other, and honestly I can’t say I disagree with them, because I’ve seen it happen countless times. If your male friend has been acting a bit strange lately, here are 11 subtle signs he has feelings for you.

1. He Keeps His Love Life a Secret

Guys are generally very secretive about their love life; they’re not as open as women tend to be. Women find it absolutely normal to discuss every little detail about their love life. It’s different with guys though, most of them will only share their partner’s name and the rest is a mystery.

The rules are a little different in a friendship comprising a guy and a woman. Naturally, if you’re in a similar friendship, your male friend will tell you everything. That is until he develops feelings for you.

If you notice that you know everything about your male friend except for his love interest or whether he’s in a relationship or not, it could mean that he likes you and he doesn’t want to jeopardise his chances to date you by telling you about other women.

2. He Likes to Intrude on your Personal Space

It’s absolutely common for friends to completely ignore the concept of personal space at times. I’m sure you hug, dance and do all sorts of fun activities that require getting really touchy with your buddies.

While all that is absolutely normal, if your male friend really likes you as more than a friend, you can bet an eye that he will make intruding on your personal space his full-time job. I don’t mean once or twice, but rather every chance he gets.

It has to do with male behaviour. Like I mentioned above, guys tend to be secretive about a lot of things and they do it subconsciously, so if you really want to know how a guy feels, pay close attention to his actions and body language.

3. He Remembers Everything About You

Researches suggest that guys are generally more forgetful than women, the reason for this is still uncertain, as there are various theories explaining this. As a result, men always prioritise tasks, responsibilities and even people. They will only remember what’s really important to them.

Does he remember what your favourite colour is, where you were born or even what the name of your favourite crush was? All these may be really small and seem somewhat futile, but if your male friend has feelings for you, he will subconsciously take note of everything you tell him.

The reason he remembers is that he values you and anything to do with you is a priority to him.

4. He Touches you Far Too Often

Most classic romantic movies like the Note Book and Titanic feature scenes where a guy slowly reaches to touch a girl’s face or hand. While they’re just scenes in movies, they portray what happens in real life.

So you’ve noticed that your male friend gets touchy really often, for instance, he hugs you the smallest chance he gets, he’s suddenly very intrigued by your hair or he finds any excuse he can to touch your hand whenever you two are having a conversation. He might like you as more than a friend.

Men are really observant so when he touches you frequently, even when he doesn’t need to, he’s not simply doing it because he’s attracted to you, but also because he wants to gauge your interest. Even the slightest response from you will be a green light to him.

5. He Texts You Every Day

I’m sure you’ve heard the famous saying, ‘’no matter how busy a man is, if he’s really into you, he’ll find the time to text you’’. It may just be a saying, but it has some truth to it, because men prioritise what’s really important to them.

A sure way to tell if your male friend has feelings for you is if he thinks about you every day. He won’t outright say it but if he texts you every day for no apparent reason, it means that you’re constantly on his mind.

It’s worth noting that it might get a bit tricky if you two text each other every day. If that’s the case, pay attention to the content of his texts; he’ll most likely respond to each of your texts and he’ll do so with relatively long blocks of texts.

6. He Pays Attention to Small Details

Small details refer to really subtle things like some highlight in your hair, a new deodorant, new lipstick colour or even a new style of dressing. You’ll be surprised how oblivious men are to things that go on around them.

Most guys don’t even know the difference between violet and purple, so if he notices that you’re rocking a different hairdo, it’s because he really pays attention.

Part of being a good friend is knowing how to listen to the other’s problems and potentially helping them figure out a solution. However, there’s a limit to this especially when it comes to men.

There are tons of typical ‘’ male friend falls for best friend’’ movies out there, i.e. Something Borrowed. All those movies perfectly illustrate how a male who has feelings for his friend will always listen to her problems and somehow always find a solution to them. The same also applies in real life.

Being a good listener doesn’t only entail staring at you till you’re done speaking. Instead, you’ll notice that he gives you the occasional nod or he even utters a soft ‘’hmmm’’ once in a while.

8. He Constantly Gives You Compliments

You most probably get compliments like ‘’great outfit’’ or ‘’love your hair’’ all the time, but these aren’t what I’m referring to.

A male friend who has feelings for you will give you more meaningful compliments that are meant to uplift you and boost your self-esteem.

9. He’s Always Around When You Need Him

This is actually a dead giveaway. It’s one of the most convincing signs your male friend has feelings for you.

People have busy lives and they have to navigate between working and having a social life. Despite this, if he finds the time to be around when you need him, then he definitely values you.

10. He Almost Never Says No To You

You know he has a soft spot for you if he almost never says no to any favour you ask of him.

No matter how tough or how busy he is, he’ll always find a way to please you and that’s a pretty good indication that he sees you as more than a friend.

All these are pretty good signs a friend likes you more than a friend, but you have to be careful about how you read them since most of these signs could simply mean that your friend cares a lot about you.