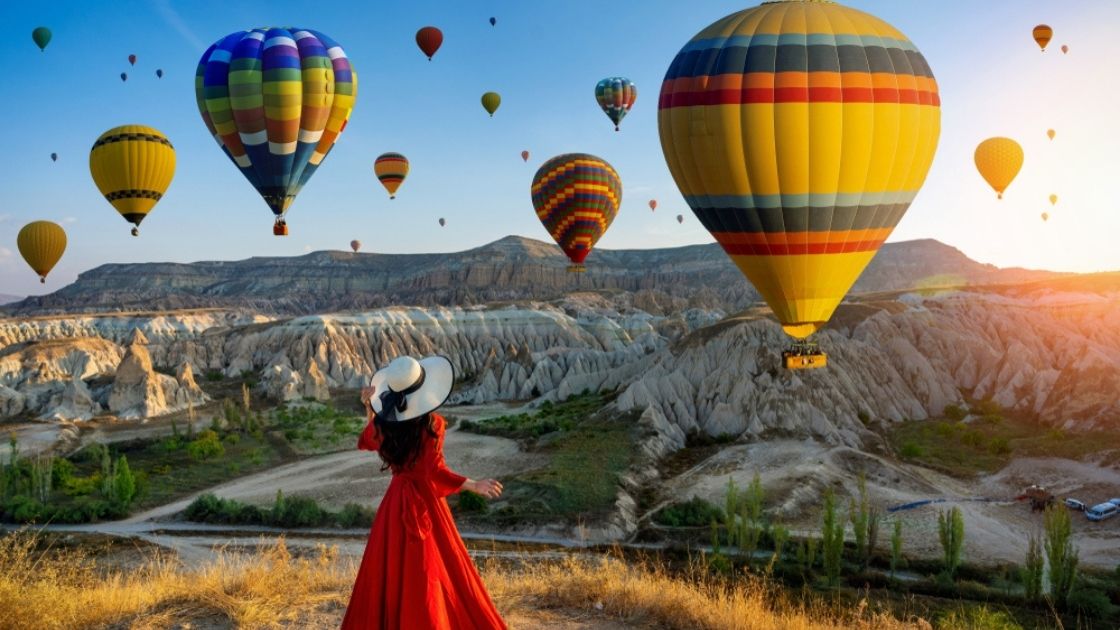 Whether it feels like you’ve taken a step back in time into a different era or like you’ve crossed the threshold of your television screen into a fantasy movie, there is something special about visiting a small town or village with fairy tale charm.

The saying goes that travel can transport one to another world, and it’s true. The most wonderful thing about ancient villages and historical towns is their unique atmosphere, making you feel like you’re in a different world.

From medieval mountainside towns to ancient stone-built villages and from tropical quaint coastal villages to icy polar towns, if you look beyond bustling capital cities and common tourist spots, astounding fairy tale villages are hiding around every corner.

Here are 18 of the most beautifully breathtaking fairy tale villages and towns that every traveller should visit in their lifetime:

This attractive stone village in the Cotswold countryside runs along the icy River Coln. It’s a picturesque ancient English community that is well known for its beautiful 17th-century moss-clad stone cottages with steeply pitched roofs. Bibury has also gained much of its touristic activity since it was one of the filming locations for Bridget Jones Diary!

This African Mediterranean town could easily be mistaken for a Greek island. Interestingly enough, the town was only painted in its characteristically striking white and blue colours in the 1920s, with inspiration from a famous french painter who lived in the village at the time.

This small Tunisian coastal town has no shortage of beauty, from burgeoning bougainvillaea plants to intricately carved and hand-painted archways and doors.

Renndølsetra sits in the Innerdalen Valley, often considered Norway’s most beautiful valley. With more sheep and goats than human residents and an array of farmhouses and barns overgrown with grass roofs, it has an eerie atmosphere that can take you into a world of trolls and other mystical creatures.

Northern Italy is known for its breathtaking Mediterranean coastal villages and hillside towns. Manarola is the oldest and second-smallest town in the tourist-popular Cinque Terre region and is best known for its sweet Sciacchetra wine, hanging grapevines and medieval churches.

Its pastel-coloured houses pinned along the face of the dramatic cliff make it look like a romantic oil painting.

Considered one of Europe’s oldest continuously lived-in settlements, Hallstatt is one of Austria’s most important villages. Perched on the banks of the Salzkammergut Lake, this quaint Iron Age town boasts exquisite views of the nearby Austrian Alps and the ominous deep blue lake.

This small Japanese mountain valley village looks just like the inside of a wintery snowglobe. It is famous for its traditional gassho-zukuri farmhouses with tall pivoted triangular roofs, some of which are as old as two hundred and fifty years!

PRO TIP: While this valley is breathtakingly beautiful in the summer months when lush green grass covers the landscape, the most wonderful time to visit is during winter, when the heavy snow sticks to the roofs of the traditional farmhouses and transforms the village into a winter wonderland.

This ancient Morrocan desert will have you thinking of Aladin. The village, which consists of a group of clay earth made dwellings grouped within high defensive walls and corner guard towers, are a UNESCO World Heritage Site.

If you have an interest in archaeology (or HBO’s Game of Thrones series), there will be plenty for you to explore and uncover in this pre-Saharan fortress.

Cycling along the colourful lantern-lined walking streets in Hoi An is nothing short of a fairy tale in itself. With architectural influence from China, Japan and France, this ancient Vietnamese fishing village has become a tourist hotspot with something to offer everyone.

PRO TIP: If you’re visiting for the day, make sure to stay until sunset, when the town glows yellow, and the lanterns are all lit up. The reflections of the thousands of lanterns on the fishing river will make you feel like you’re in a vivid dream.

Known for its stunningly well preserved gothic old town, Rothenburg is one of Germany’s most prized gems and is not to be missed.

Stop for some mulled wine and take a walk around the colourful timber buildings that were once filled with barn animals and grains yet now house tourists. This charming village is packed with history and is equally as fascinating as it is stunning.

Partly devastated by a massive earthquake in 1956, Oia is a tiny village in the most northern part of the famous Santorini island. Overflowing with Greek charm and bright pink bougainvillaea plants contrasting with the crystal clear mediterranean sea, this village is a quiet and peaceful respite from the bustling tourists in central Santorini.

Lamu Old Town is one of the most well-preserved Swahili settlements in East Africa. As the only Swahili settlement which has been continuously inhabited for over 700 years, Lamu upholds its cultural and social authenticity with absolute grace.

With its Islamic and Swahili inspired coral built structures, boasting rows of dramatic arches and fortress inspired roofs, this Kenyan island paradise could easily have been the set for a Narnia film.

PRO TIP: Take a trip on a traditional dhow sailing boat and experience the island from a different perspective.

The quaint seaside town of Mystic is a hidden gem on the Connecticut coast. With its New England charm and tall wooden ships in its protected harbour, it’s no wonder this village was a famous shipbuilding centre in the 17th century.

The cobblestoned streets of Colmar are scattered with romantic fountains, ancient churches, renaissance and medieval houses and fresh flower-lined canals. With colourfully painted homes finished with original external beams and buttresses are something out of a fairy tale.

PRO TIP: The most beautiful time to visit is during the spring and summer months when the sun is shining, and the spring flowers are in full bloom.

The small valley community of Sintra is located at the foot of some of the regions most astounding castles. From prehistoric Roman ruins to ancient medieval fortresses to the well-kept and brightly coloured mosaic Pena Palace, this castle filled town is packed with history and has many of its own fairy tales to tell.

This tiny Antioquian countryside town is one of the most decorated towns in Colombia. Painted in an explosion of rainbow colours, you’ll feel like you are exploring a miniature toy town, making this town one of the most Instagrammable villages you’ll find in South America.

PRO TIP: Weather reports aren’t always accurate, and temperatures are almost always warmer than expected. Pack a bathing suit and take a trip to the Laguna de Guatape for a dip in the crystal clear lake.

Huacachina is steeped in mystical legend and is one of the most beautiful oasis villages in the world. Found in Peru’s rolling sand-dune desert, an unmissable lagoon with supposed healing powers sits surrounded by tall tropical palm trees, houses and hotels.

PRO TIP: Rent a pedalling boat and take a short trip around the lagoon.

Tucked away in the Turkish mountainside, you’ll find the mystical village of Cappadocia. Known for its unique rock formations, otherworldly landscapes, and picturesque hot air balloons, this ancient Anatolian village feels like it’s on another planet.

With hotels and restaurants carved into the sandstone mountains, you’ll feel like you’ve taken a flight into a faraway Star Wars galaxy.

The charming seaside town of Kragerø is located in the Oslo Fjords. In a scattering of rocky outcrops and islands covered with wild blueberry bushes, sweet-scented roses and populated with sheep, the main village of Kragerø is an exciting delight.

Choose from a range of modern restaurants, take in the traditional red wooden Norweigian architecture and watch as hundreds of boats flood in and out of this spotless small harbour.

From canal-lined medieval villages to picturesque coastal towns to lunar-like villages carved into mountains, there are hundreds of beautiful small towns and villages which will make you feel like you’ve lept into your favourite fairy tale!

Are you travelling alone as a female? Here are the safest destinations for women who want the solo trip of a lifetime. Solo female travel is on the rise. Women of all ages and backgrounds are...

Continue Reading
link to Solo Female Travel Tips: How to Travel Alone as a Woman for the First Time

Travelling alone for the first time as a woman can seem daunting, but solo travel will be one of the best experiences of your life. You will discover new cultures, food, friends, and languages. When...